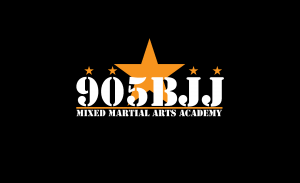 Learn the Devastating Arts of Muay Thai Kickboxing and Olympic Boxing And PUNCH, KICK, ELBOW, KNEE and Totally Outstrike and Outclass Any Attacker

The MMA Striking, Boxing, and Muay Thai Kickboxing Class at Lin Martial Arts is a Dymanic, Modern, Fun, and EFFECTIVE class that focuses on all aspects of Stand-up combat: Punches, Kicks, Elbows, Knees, Defenses, Counters, Clichwork, and more! Each class emphasizes aerobic and muscle conditioning as well as flexibility and coordination. Warmups, conditioning exercises, drilling techniques and live training with a partner are a part of all our MMA Striking, Boxing and Muay Thai Kickboxing classes. Men and women, and teens (over 14 years old) of all ages and fitness levels are welcome.

What is Muay Thai?
This 1000 year old martial arts system is an art world-renowned for its simplicity and effectiveness. It has become one of the premiere striking arts in the world. Some legends say that Muay Thai was developed by the Thai people to defend the land and people from constant invasion threats. Certainly Muay Thai has been an essential part of Thai culture right from its dawn. And in Thailand, it’s the sport of kings.

Sometimes dubbed “the science of eight limbs” for its amazing use of punches, kicks, knees and elbows, Muay Thai has a rich cultural history. In olden days, national issues were decided by Muay Thai contests. Over the centuries, Muay Thai has evolved from a brutal battlefield martial art to an exciting, challenging sport – all while still retaining its devestating effectiveness. But despite the changes of history, Muay Thai has lost none of its exotic appeal and mystique.

What is Boxing?
Boxing, also known as “The Sweet Science” is one of the most evolved and technical forms of striking out there. All the best MMA fighters incorporate Boxing into their hand and footwork. Using techniques like jabs, feints, hooks, and uppercuts many MMA champions have used Boxing to completely dominate their opponents.

At 905BJJ, we have one of the best Boxing Systems in our regions. Our head Boxing Coach is has coached for Russia, Israel, and Canada and has coached the Israeli National Team to the World Championships three times. With over five decades of experience, our Head Coach and our Program is simply beyond compare!

If You Are Interested In Getting In Amazing Shape, Learning How To Punch, Kick, Knee or Elbow an Attacker, Then Our MMA Striking Program Is Just What YOU Are Looking For!

Come explore these arts with us in a friendly and comfortable atmosphere. Call us right /intment, what are you waiting for? All you have to do is fill out this form, and one of our consultants will get in touch with you to get you started on your no-risk, no-obligation, 100% FREE 30 Day Trial.